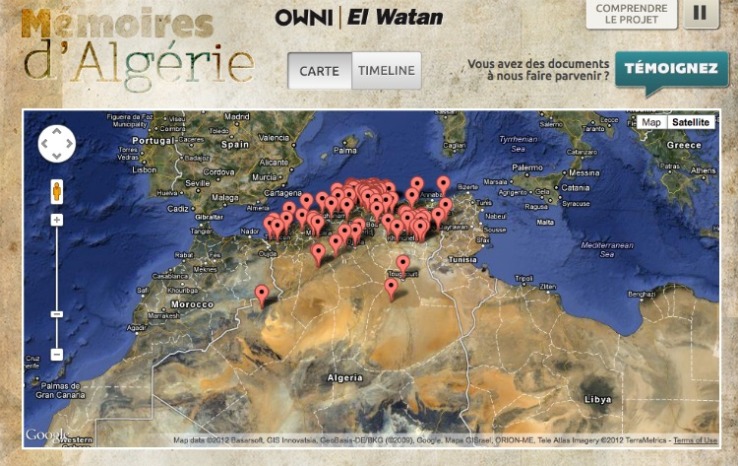 When it comes to the French-Algerian war, which eventually led to Algeria gaining its independence from France, and arguably caused the collapse of the French Fourth Republic, there’s the official story and there’s what really happened.

So on the 50th anniversary of the end of the war (the war took place between 1954 and 1962) on March 19, French news site OWNI (of which, I am the editor) and Algerian newspaper El Watan launched a collaborative application, Memories of Algeria (Mémoires d’Algérie), which offers people an opportunity to explore the history of the war themselves. END_OF_DOCUMENT_TOKEN_TO_BE_REPLACED